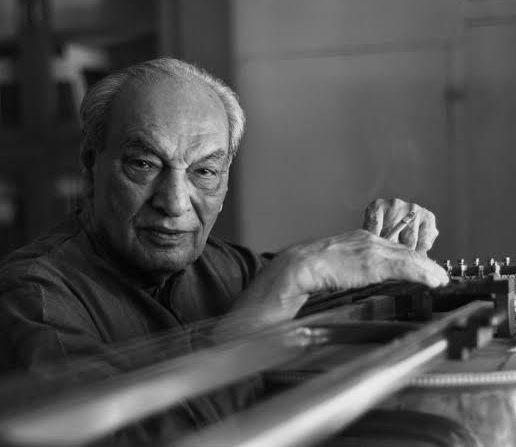 Mr. Raza Kazim is the founder and patron of Raza Kazim Associates and a senior Advocate of the Supreme Court of Pakistan. With a standing of nearly 70 years at the bar, he is one of the most senior lawyers in Pakistan.

A political activist, philosopher and an inventor, he was a part of the Indian Congress movement and became subsequently involved with the Muslim League working for an independent Pakistan. He later became a member of the Pakistan Communist Party and was General Secretary of the Pakistan Trade Union Federation and President of the Democratic Students Federation.

Incarcerated numerous times for his activism, Raza spent nearly 2 years in solitary confinement for trumped up charges of waging war against the state and sedition. He was acquitted of all charges by the Special Military Tribunal hearing his case.

His law practice was established in 1954 and harkens back to a tradition of advocacy tracing its roots to the 1800’s, to the erstwhile Oudh region. Raza has been a mentor to numerous leading advocates and eminent Judges of the Superior Courts. A show-stopping orator and ruthless cross examiner, Raza has cultivated a reputation for serving an exclusive clientele faced with the most serious and complex of problems.

He has acted in many seminal and landmark constitutional and commercial cases in his long legal career before the Courts in Pakistan. Internationally, he has been counsel and arbitrator in international arbitration proceedings in London and Paris and had previously set up Kazim Khouri & Kanaan: a practice based in the middle east with a group of Lebanese lawyers.

He was lead counsel for the petitioner before the Supreme Court, in arguably the most high-value dispute in the history of Pakistan: the Reko Diq Copper and Gold Mines case. These proceedings challenged a JVA between a Chilean and Canadian Mining consortium and the Government of Baluchistan for the development of one of the largest copper and gold deposits in the world. The entire contract was declared null and void by the Supreme Court.

From 1991 – 2012, Raza was lead counsel for the liquidators of the collapsed Bank of Credit and Commerce International in Pakistan. The world’s biggest liquidation at the time and one of the longest corporate winddowns in history - global liquidators recovered $8.5 billion to pay creditors as well as using legal action to defeat thousands of invalid claims. This included multi-jurisdictional proceedings involving high profile individuals and businesses such as Ghaith Pharon: a Saudi Financier and Businessman; Kamal Adham: former Director General of Saudi intelligence; and the Gokal Brothers: owners of Gulf Shipping Lines, one of the largest shipping empires of the time.

Hailed as one of the most important cases in the Country’s banking sector, he successfully represented the Federation of Pakistan in a set of Shariat Review Petitions seeking review of a judgment of the Supreme Court’s Shariat Appellate Bench where it was declared that Riba (interest), was prohibited by the Holy Quran and Sunnah.

In 1957, early on in his career, he represented himself in Raza Kazim vs. District Magistrate, Lahore, where he challenged the District Magistrate’s refusal of granting him a license for carrying a revolver. This case was subsequently appealed to the Supreme Court and is a leading authority on the exercise of discretion and the delegation of legislative power.